​Page Arnall served as Utility Superintendent for over 22 years. 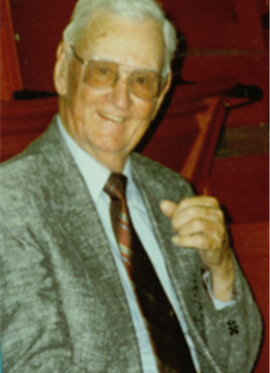 In 1962, a trust was created, Stilwell Area Development Authority (SADA) to manage the water and sewer system.  This was to allow long-term financing to improve the water filtration plant and distribution system.  This worked well but also created the problem of managing of two businesses instead of one.

In January 2000, the City Council took action to help simplify our business by making the electric utility a part of SADA effective July 1, 2000.  The City Council retains rate oversight and has approval authority for any necessary rate changes.

Set up by the city to be operated for the benefit of the City of Stilwell, and the citizens providing of water service for fire protection and safeguarding of public health through proper sanitary facilities.

The operation of Stilwell Utilities was setup by the City Charter to be operated as a separate business from that of the City of Stilwell.  To accomplish this, a Utility Board was created to employ personnel to manage the electric, water, and sewer utilities for the benefit of the citizens of Stilwell.

The original members of the Board of Directors were:  Otto Alderson, C.J. Carson, Jack Chaffin, Luke Worley, and C.L. Fletcher.  The first meeting was held at City Hall at 3:30 pm on January 7, 1947.  As City Clerk, John H. Carson, called the meeting to order.  C.J. Carson was elected as Chairman and C.L. Fletcher was elected as Vice Chairman.  At that time, Roy Martin and Dode Gowen were appointed as interim Superintendents until the hiring of John B. Sanders in February of 1947.